The psychoanalyst and professor created the foundations for community-based mental health services and education in Harlem. #BarnardCelebratesBlackHistory #BarnardYearOfScience 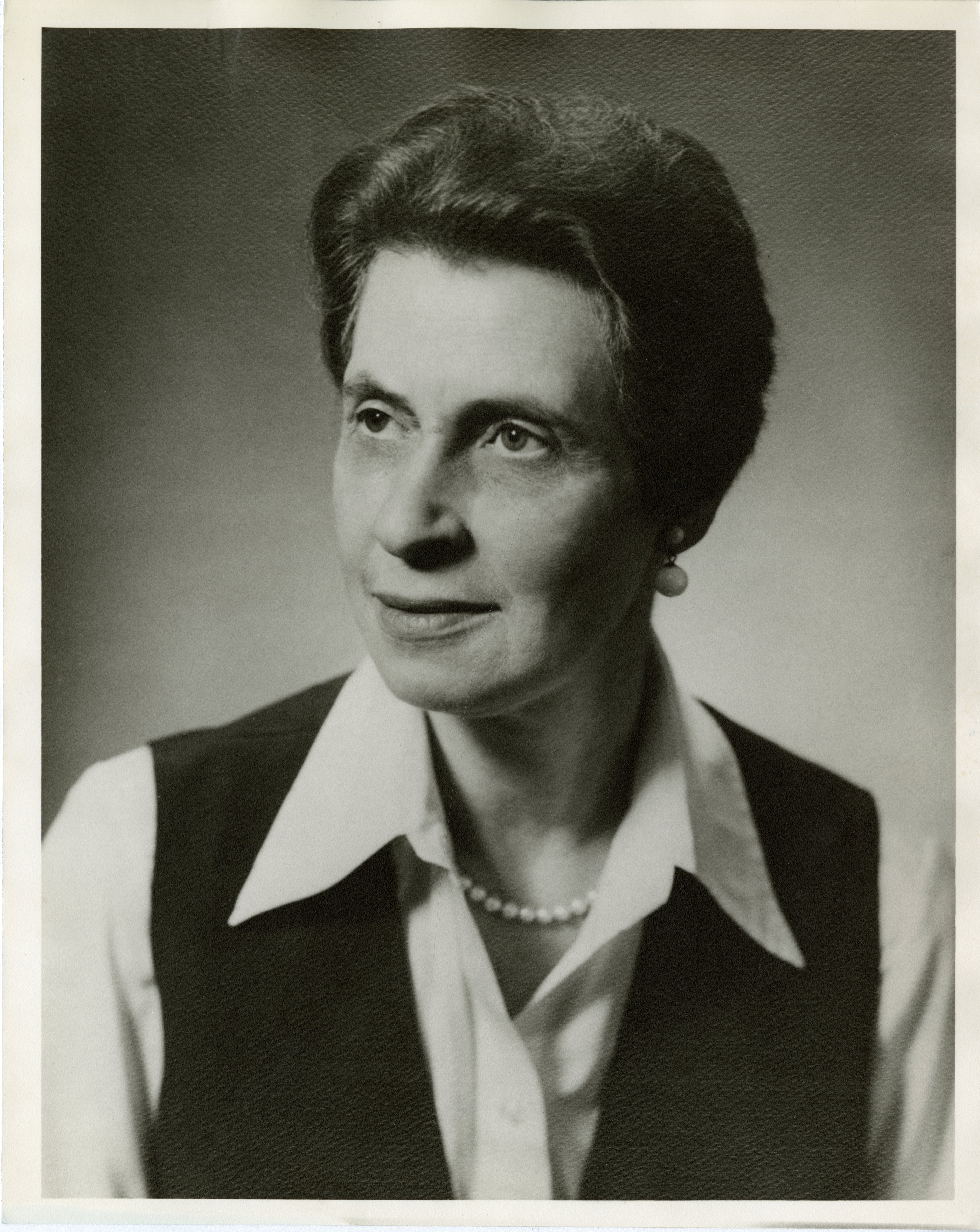 The Association for the Study of African American Life and History (ASALH) announced that the theme for this year’s Black History Month, honored and celebrated every February, is Black Health and Wellness. The ASALH reports that this focus “acknowledges the legacy of not only Black scholars and medical practitioners in Western medicine, but also other ways of knowing (e.g., birthworkers, doulas, midwives, naturopaths, herbalists, etc.) throughout the African Diaspora.”

A focus on Black health and wellness highlights the history of healthcare and medical professionals like Elizabeth Bishop Davis Trussell ’41 (known professionally as Elizabeth B. Davis), a Harlem-based psychoanalyst who dedicated her career to developing mental healthcare for Black Americans and investigating racial and class disparities in mental health.

Dr. Davis was instrumental in the formation of mental health practices in New York City even before she became a psychiatrist. After graduating from Barnard in 1946 with a degree in psychology, she helped launch Harlem’s first mental health clinic, the Lafargue Mental Hygiene Clinic, as a first-year medical student at Columbia’s College of Physicians & Surgeons (P&S).

The Lafargue Clinic came to fruition when Dr. Davis’ father, civil rights activist and reverend Shelton Hale Bishop, offered to house the clinic in the parish house of St. Philip’s Protestant Episcopal Church, where he served as rector. Dr. Davis supported clinic co-founders psychotherapist Fredric Wertham, novelist Richard Wright, and Life staff writer Earl Brown by working as a clerk at Lafargue, assisting volunteer psychologists, social workers, and the predominantly African American patients. Services at the clinic were available two nights a week and were free for those with limited resources. Lafargue was the only mental healthcare center at the time that cared for Black patients, as most were subjected to racial discrimination and turned away from other hospitals and clinics.

After graduating from P&S with “glowing assessments from the faculty,” Dr. Davis interned at Harlem Hospital and finished her residency at Columbia’s Psychoanalytic Clinic and the New York State Psychiatric Institute. She worked as a therapist at Harlem’s Northside Center for Child Development, founded by civil rights activists and psychologists Mamie and Kenneth Clark, for two years before becoming certified as a psychoanalyst at Columbia’s Center for Psychoanalytic Training and Research in 1955.

Dr. Davis saw patients at her private practice and Harlem Hospital’s outpatient clinic throughout the 1950s. At the same time, New York City hospitals commissioner Ray Trussell was forging relationships between municipal hospitals and private medical schools, eventually pairing Columbia’s P&S with Harlem Hospital. As a result of this partnership, Harlem Hospital established a new department of psychiatry in 1962, with Dr. Davis as the founding director. (Dr. Davis and Ray Trussell wed in 1968.) Bellevue Hospital’s psychiatric division director Alexander Thomas remarked that “under her initiative and guidance, this service has become one of the outstanding service, teaching, and training centers in the city, able to recruit and retain high-caliber staff and to develop innovative service and training programs.”

Dr. Davis won Barnard’s Medal of Distinction in 1993 for her outstanding contributions to mental healthcare services for the Harlem community. In response to her award, Dr. Davis wrote, “I’m absolutely delighted at this honor, which comes from one of the two academic institutions closest to my heart.” While at Barnard, Dr. Davis was known for her attention to detail, her “sincerity when she talks about the rights of the individual to life,” and her sense of humor. The Medal of Distinction was warmly received by Dr. Davis and her fellow peers.

In addition to directing Harlem Hospital’s department of psychiatry, Dr. Davis also worked as an assistant clinical psychiatry professor at Columbia. She published numerous papers, some of which she presented at psychiatric conferences and others that were published in medical and psychiatric journals. Dr. Davis covered a plethora of important topics, ranging from the role of psychoanalysis in mental illness treatment to detailed discussions of racial discrimination in mental healthcare and the health consequences of poverty. These papers were archived as the Elizabeth Bishop Davis Papers by the New York Public Library and can be found at the Schomburg Center for Research in Black Culture’s Manuscripts, Archives and Rare Books Division.

In 2010, Dr. Davis passed away at the age of 89 in New York City. She dedicated over 30 years to the practice of psychiatry and healthcare, leaving behind an incredible legacy of service and education in mental healthcare for Black communities in New York. Dr. Davis became Columbia’s professor emeritus of clinical psychiatry in 1978, just seven years after she had received tenure. She became an honorary board member of the Beth Israel Board of Trustees and received the Richard I. Baum award for Human Service from the Mental Health Association of New York and Bronx Counties for her immeasurable service to mental wellness and healthcare for marginalized communities.

By the time Dr. Davis retired, Harlem’s Hospital Department of Psychiatry had expanded to include adult and children’s inpatient units, a robust outpatient clinic with specialty clinics for alcohol and substance abuse, a large social and vocational rehabilitation service, a fully accredited psychiatric residency training program, and more — all of which was made possible by her pioneering work as the department’s founding director.

“You Oughta Know” is produced in collaboration with Obden Mondésir, associate director of the Barnard Archives and Special Collections.

For more resources, visit the Francine A. LeFrak Foundation Center for Well-Being, Barnard’s new centralized hub for all wellness-related initiatives across campus. The Francine LeFrak Center supports the entire College community with a 360-degree perspective of personal well-being: physical, mental, and financial.